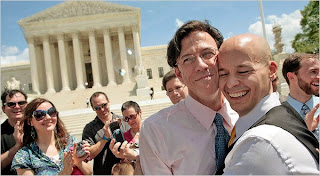 Pat Dwyer & Stephen Mosher (the grooms)  met in Texas in the 1980s, but have been New Yorkers since 1993. They wanted to get married on their 25th anniversary, but since same-sex marriage was at that time illegal in New York, Texas, and 43 other states, they decided to travel the country to get married everywhere they could.

Dwyer worked for 16 years in advertising and has recently returned to his first love of acting. Mosher is a blogger, event-planner, and an acclaimed photographer who has done shoots with countless glamorous people, including Judi Dench, Kirsten Dunst, Sarah Jessica Parker, and most especially his friends and family.  Learn more about him at StephenMosher.com 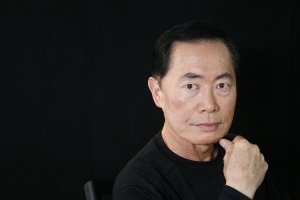 George Takei (narrator), an actor best known for his portrayal of Mr. Sulu in the acclaimed television and film series Star Trek, has more than 40 feature films and hundreds of television guest-starring roles to his credit. He has been an outspoken advocate for equal rights.

In 2008, Takei married Brad Altman, his partner of over 20 years. Their marriage took place during the four and a half month window when same-sex marriage was legal in California. The following year, George and Brad made television history when they became the first gay couple to be invited to appear on The Newlywed Game. They won the game, earning a $10,000 donation for the Japanese American National Museum.

Takei can next be seen the musical, Allegiance, an epic story of love, war, and heroism set during the Japanese American internment of World War II. 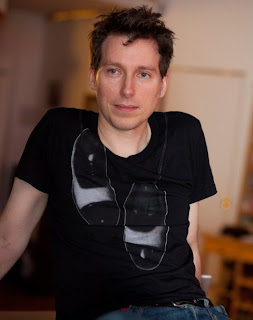 Allan Piper (director) previously directed the award-winning indie romantic comedy Starving Artists, which the Boston Globe called one of “the best films you’ve probably never seen.” He is formerly the Senior Editor and a director for BBC New York, and has cut numerous shows for ABC, Bravo, MTV, TLC, Discovery, E!, and Food Network, including Wife Swap, What Not to Wear, and Chopped. He graduated from Harvard and also studied at NYU and USC. Last year, he was part of President Obama's campaign video team. He currently is cutting a new project for the Oscar-winning Alex Gibney.