New documentary, Married And Counting, follows two men who get married in every state they can

Premieres at the FLICKERS: Rhode Island International Film Festival on August 11, 4pm, at The VETS, 1 Ave of the Arts in Providence.

After almost 25 years together, Pat Dwyer and Stephen Mosher loaded up a van with a dozen of their closest friends and took to the road for a destination wedding…several destinations, and several weddings. They were embarking on a "slightly zany, low-budget, cross-country adventure" (The New York Times) to get married in every state that would let them.

Their journey is documented in the film Married and Counting, narrated by George Takei (Star Trek) and directed by Allan Piper (Starving Artists). While the film deals with one of the most hotly debated political issues of the day, and images from it have been included in a recent Obama campaign video, it is not a political film so much as the love story of two men on a remarkable adventure.
The festival is offering discounted admission for couples, “regardless of marital status.” Piper and the grooms will be present for Q&A.

Posted by Married and Counting at 3:24 PM No comments: 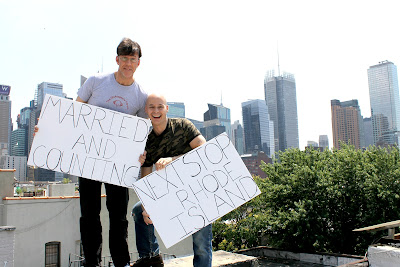 Pat Dwyer, Stephen Mosher, and director, Allan Piper will be present for Q&A when “Married and Counting” makes its world premiere at the Rhode Island International Film Festival, Aug. 11, 4pm, 1 Ave of the Arts in Providence. The festival will be offering discounted admission to all couples, "regardless of marital status."
Posted by Married and Counting at 9:04 AM No comments: 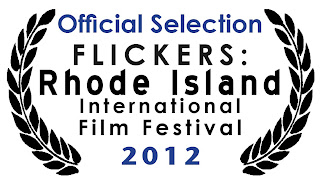 We are delighted to announce that Married and Counting will have its world premiere on Saturday, August 4th at the Rhode Island International Film Festival. The Ocean State has been wrestling with marriage equality for a number of years. We hope this film can contribute to the ongoing public debate. Check out our entry in the festival program.
Posted by Married and Counting at 4:03 PM No comments: 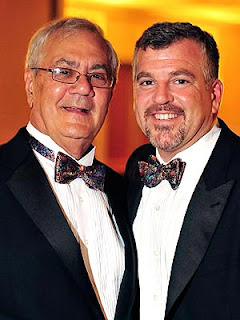 Married and Counting now has a Tumblr. Share your own wedding pictures and stories. Comment on the movie. Write messages to the grooms. Argue for or against marriage equality (civilly). This is your forum. Make something of it. MarriedAndCounting.tumblr.com
Posted by Married and Counting at 4:26 PM No comments: